A custom Maya node that can be found here:
https://github.com/parzival-roethlein/prmaya

A few months ago I started making improved array versions of Maya nodes for smaller, scalable, procedural graphs.
The prKeepOut node specifically had some relevance for production: I had an asset with around a hundred armor pieces and I thought about using keepOut nodes, but ended up deciding against them because it would have been overkill: Each armor piece would have required multiple keepOut nodes, which would have slowed down the rig a lot, take a long time to setup and probably never really work that well, because of multiple armor pieces overlapping in areas with multiple deformation axes. In the end I copied the skinCluster and blendShapes from the body and tweaked them to make the armor deform more rigid and add some offset controls for a few of the armor pieces.

It took me a few evenings after work to write prKeepOut, so in hindsight I wondered why I hadn't done it sooner. The "algorithm" is less than 100 lines and the rest is just the verbose Maya API way of creating/querying/setting attributes.
I thought about writing more about the making-of and reasoning. But it's open source and just basic Maya API, linear algebra usage. And I imagine the changes make sense to anyone who has used the 10 year old Maya keepOut node.
Initially I had shape inputs specific for each ray, too allow multi layer collision, but removed it, because it would make the node usage too complex and risk evaluation cycles.
With the recent input matrix announcement for transforms in Maya 2020+ I'm thinking about switching to matrix outputs. 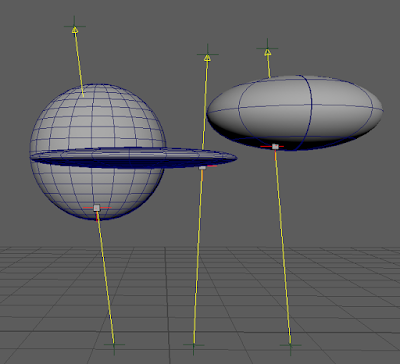 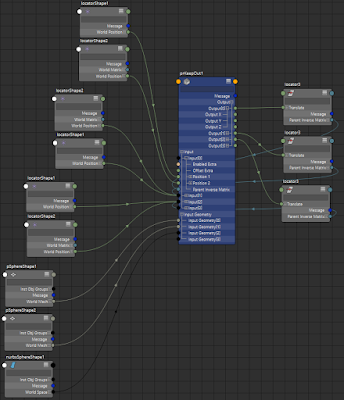 Posted by Parzival Roethlein at 14:14 0 comments

This week I started at Reel FX Montreal as Senior Rigging Artist and I'm really looking forward to working on their animated features.
When looking for a new job my main goal was to find the most interesting work. After five years in Germany where I had a lot of control on the whole rigging pipeline (I often was the only rigger on the project) and I completed some of my main goals:
- Create a non-destructive rigging pipeline in production: Almost complete freedom in the template and rig-built stage while always being able to undo/redo the rig build
- Improve modeling / topology skills by creating complete characters and topologies based on "The Art of Moving Points"
Posted by Parzival Roethlein at 21:50 1 comments

Email ThisBlogThis!Share to TwitterShare to FacebookShare to Pinterest
Labels: personal

3. After opening the scene again:

I recently noticed in Maya 2018 that custom Python API 1.0 node ramp attribute elements with position/value/interpolation : 0.0/0.0/linear do not get saved with the Maya scene (if their index is the lowest). I guess this is a bug. Some debug infos I gathered:

Implementations of this workaround can be found in prClosestPoint:
https://github.com/parzival-roethlein/prmaya
Posted by Parzival Roethlein at 22:28 0 comments

Origin
I wanted to create a node for some trigonometry functions, so I don't have to pollute the node graph with expressions. But after noticing that the functions I needed are all part of the Python math module I decided to just wrap the whole module, to make the node more useful.
There are only a few repeating argument in the whole module and all functions return one or two numbers. Which means there are also few Maya attributes needed to cover all cases.

Usability
A math node with that many operations is not typical for Maya.
When comparing such general purpose math nodes it might be better to just use a Python expression node like this one: http://around-the-corner.typepad.com/adn/2012/08/a-mathematical-dg-node.html

Code
It was the first time I used the Maya Python API 2.0 for an MPxNode. But in this simple case it did not make a big difference. For the Attribute Editor buttons "Create element", "Delete element" I had to look into querying the node in the Attribute Editor context for the first time. Currently it is a workaround with a hidden textfield. I guess a global MEL variable might be the proper way to handle that?! 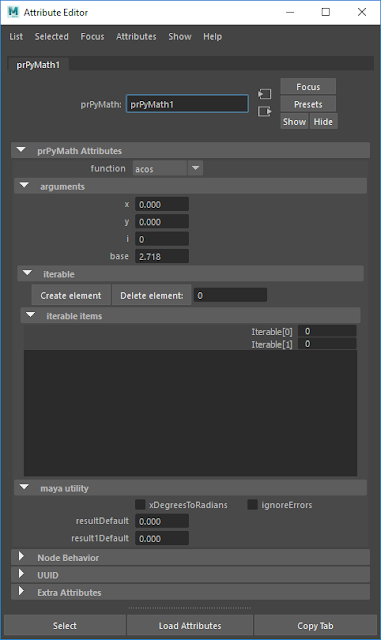 Posted by Parzival Roethlein at 17:25 0 comments

A "new" Maya deformer that can be found here:

Origin
Initially I just wanted to update my old prAttractNode from 2011 to work in Maya 2016+, for which I only had to update the envelope, inputGeom, outputGeom attributes (MPxGeometryFilter instead of MPxDeformerNode). But then I also added new attributes and changed the existing ones to make it more user-friendly, scalable, functional:
So almost every attribute changed and was not backwards compatible. Which is why I ended up giving the node a new name, that is also more suitable for the algorithm.

Usability
In production I mostly used prAttractNode when modeling. For sticky lips only once or twice. But that might be because of the kind of stylized projects I usually work on. It could be much more useful for visual programming, but many nodes are still missing for that in Maya. Python is also too slow for that, unless the affected vertex count is small enough.


Code
I would have liked to switch to the Python API 2.0, but the deformer proxy class has not been ported yet.
For the mesh input I switched from MMeshIntersector to MFnMesh, which is slower. I was having issues getting the matrix for MMeshIntersector to work. I used it in the past (see prAttractNode) so it might be a new bug, or I just made a mistake. On the upside it is more user friendly to not require the matrix input for mesh shapes.

Thoughts
The past ~5 years I haven't written any deformers with the Maya API. I mostly used it in Python scripts to improve performance and to use API exclusive features.
I find it strange that basic classes like MPxDeformerNode are still missing in the Maya Python API 2.0 after having tried it for the first time in early 2013.
A visual programming / procedural node option like Softimage ICE, Fabric Engine, Houdini would be a much better fit for most of my deformer needs. I was anticipating something similar for Maya in 2011, but after so many years and seeing what happend with Softimage and Fabric I have no idea if / when it will ever happen.
The verbose low level nature of C++ Maya deformers only seemed to have increased with the new MPxGPUDeformer class. I haven't really looked into it yet, but the devkit example MPxoffsetNode.cpp has ~600 lines of code for a simple one line vector offset algorithm. That seems quite far away from production problem solving and applied math that I would like to focus on when creating a deformer. 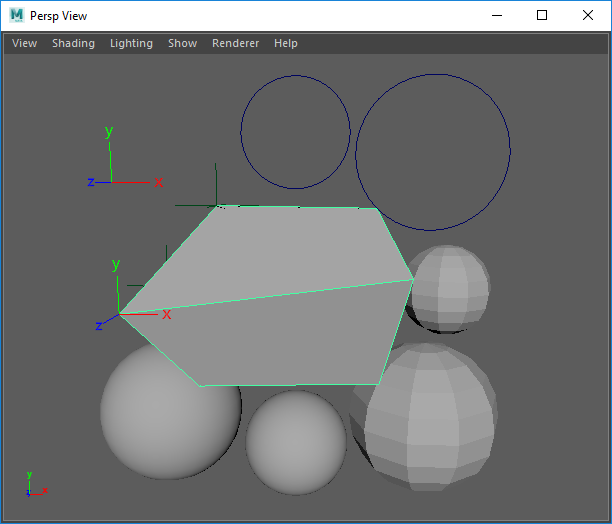 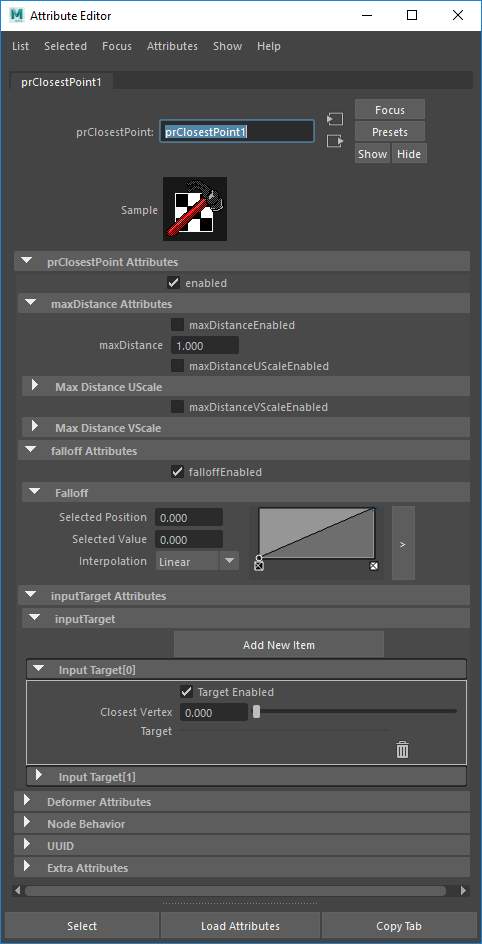 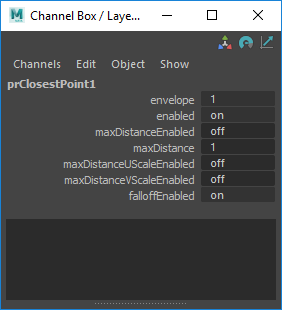 Posted by Parzival Roethlein at 16:13 0 comments

I recently started putting repositories on github:
https://github.com/parzival-roethlein
The link is also in the sidebar

Posted by Parzival Roethlein at 15:02 0 comments

Email ThisBlogThis!Share to TwitterShare to FacebookShare to Pinterest
Labels: python

Posted by Parzival Roethlein at 18:48 0 comments

Posted by Parzival Roethlein at 08:42 2 comments

Posted by Parzival Roethlein at 19:39 1 comments

In 2011 I worked on my last student short at Filmakademie called Harald: https://www.facebook.com/haraldfilm

I was responsible for the main character rigs (including blendshape and some meshflow modeling), animation scripts/support and animated one shot.


At first I updated my PyMEL autorigger from 2010 and rigged the bodies with it. Both spine and the bendy limbs are modified ribbon setups (see older post: Joint chain rigging techniques). There are no (corrective-) blendshapes for the body, only skinning.
The faces use a standard blendshape + joint combination to match the expression sheet and allow for customization. Reverse wrap deformer for eye bulge in eyelid. Eyelid joints sliding on geometry. Rig performance had some priority and the finished rig showing the final deformation (one subdivision level) ran at over 20 fps.

I created some animation scripts for the project Maya shelf including a UI (first time using Qt) requested by the animators, which was supposed to be similar to the one they used in a previous Filmakademie short: Der Besuch

And finally I animated one shot because I always wanted to do that, even thou I am not an animator. My previous experience was very limited, so I had to learn most animation principles for the first time and it certainly was a fun exercise to use my own rigs.

Posted by Parzival Roethlein at 13:17 0 comments